November 15, 2017
Zowie! The more I go through and clean out my email, the more articles I find.  Most of them I do not remember doing, but this first one I DO recall. Being a horror film fan, I was uber-thrilled to get to talk to Sid Haig. Sid who? Sid Haig has been in dozens of cult films and TV shows since the 60s. He is also from Fresno. I had been working on trying to reach him through various people, when he called me out of the blue. We made arrangements for me to call him back and do a proper interview later...which I THINK I still have recorded somewhere. Months after the article was done and printed, he was at one of the has-been celebrity shows I go to. While getting his autograph, I handed him the magazine with the article in it.  You can see the photo HERE (scroll down about half way). 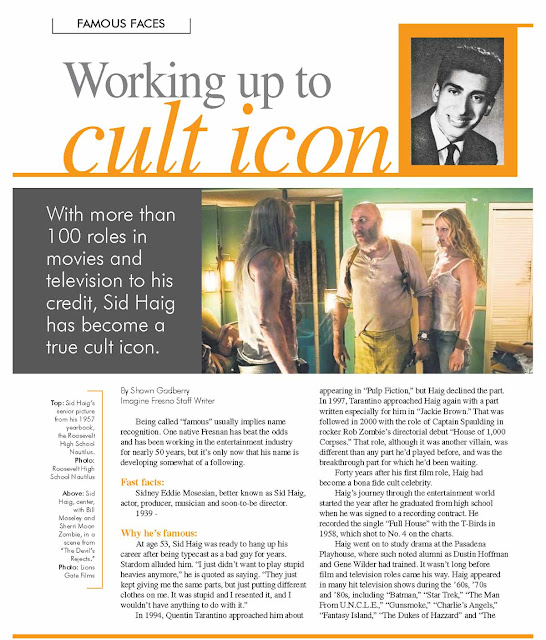 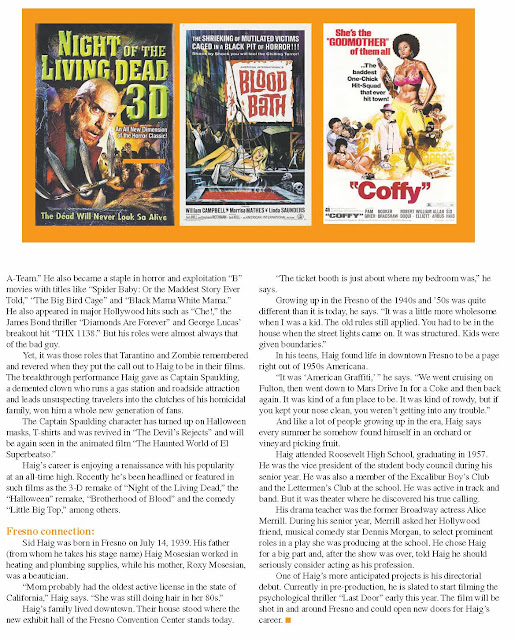 I do remember writing this article as well. The subject matter was a great idea started by the two women in the top photo. Once a month they have a "Ladies Night Out" and all meet at a restaurant for dinner and drinks. The women all pay their own way, but they also drop off a donation of $10 in a bowl. There is also a woman in attendance who has been identified as having a need for assistance. Either she has overwhelming medical bills--or a child with medical issues, or she has fled from an abusive relationship and is trying to start over, or some other need. At the end of the evening, whatever money is in the bowl goes to the recipient. It's not a lot, but it's something. It may go to buying groceries for the week or paying for a prescription---whatever the recipient wants. It's an awesome idea. I tried to forward the story on to Oprah Winfrey at the time. I thought it was the kind of thing she'd love talking up and helping out with, but I never heard anything. 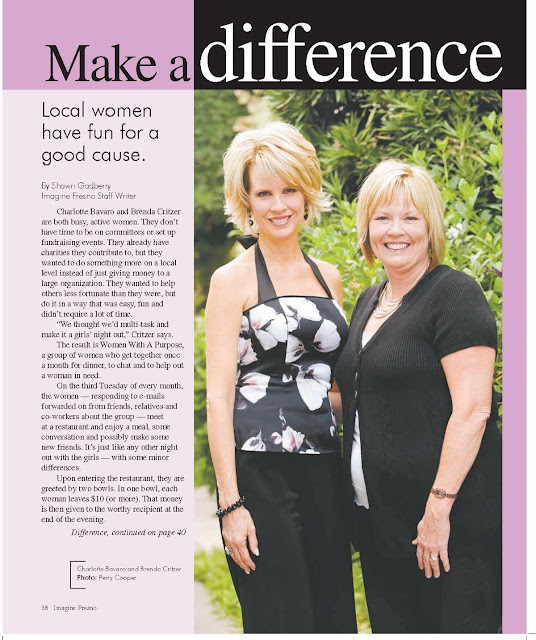 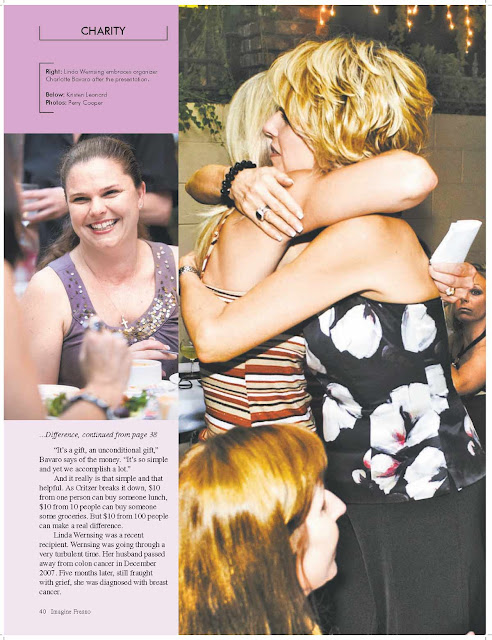 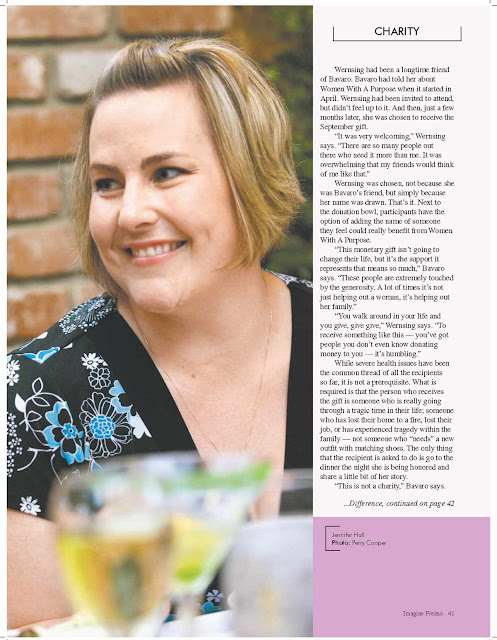 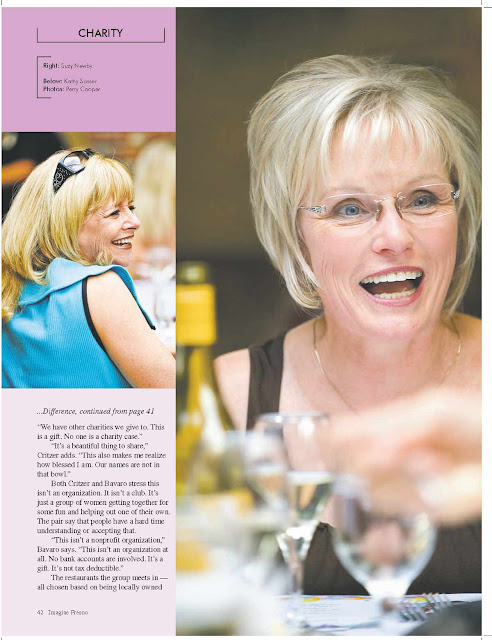 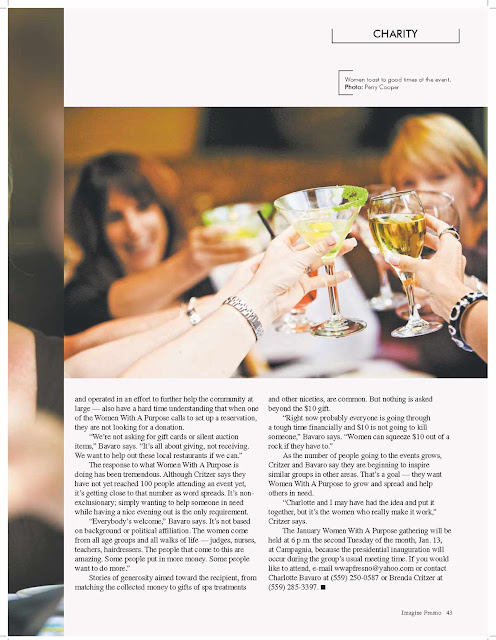 I wrote this? Really? I have ZERO memory of doing so. 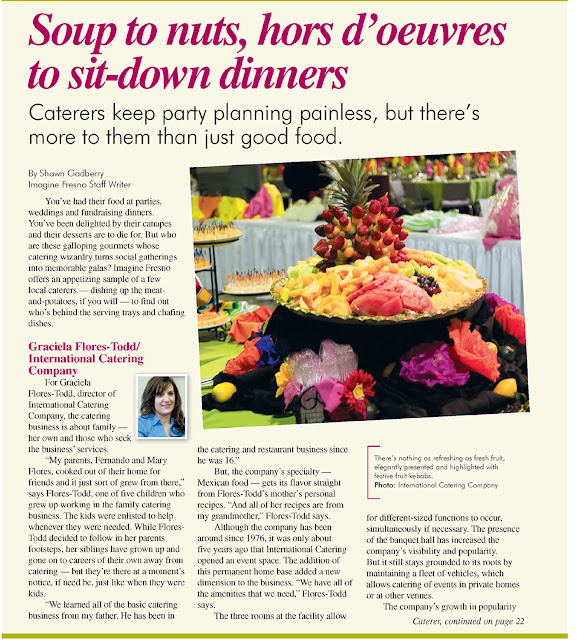 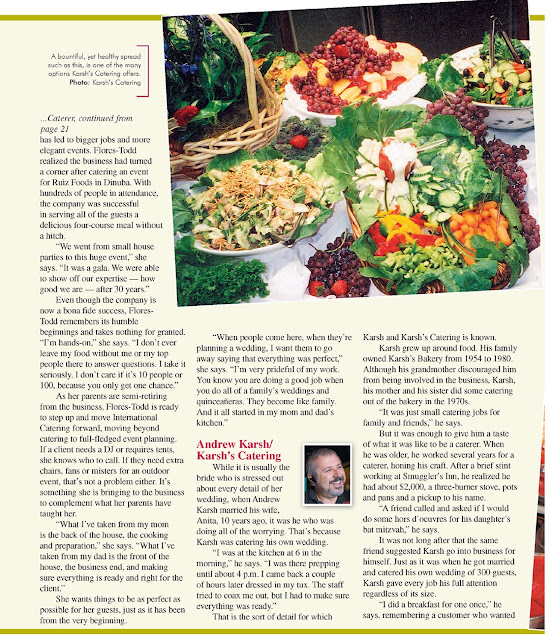 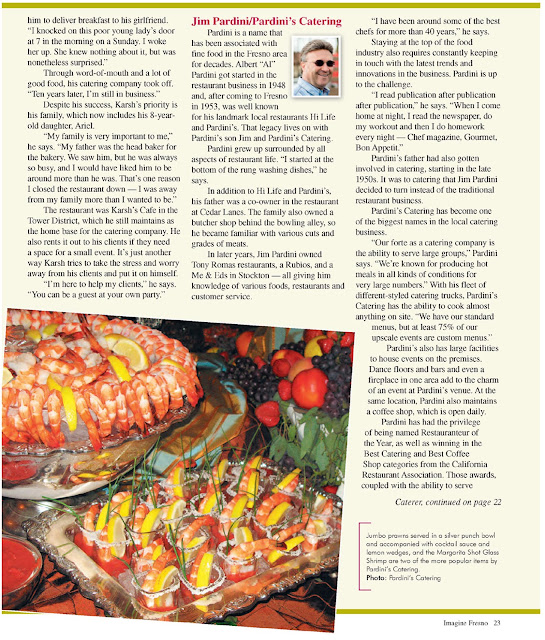 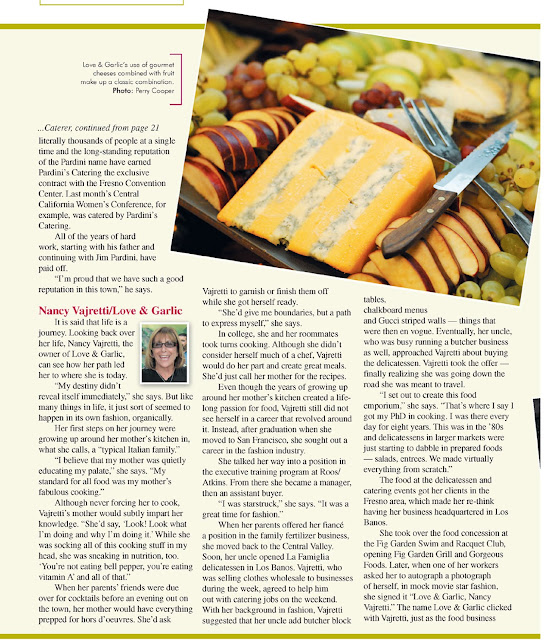 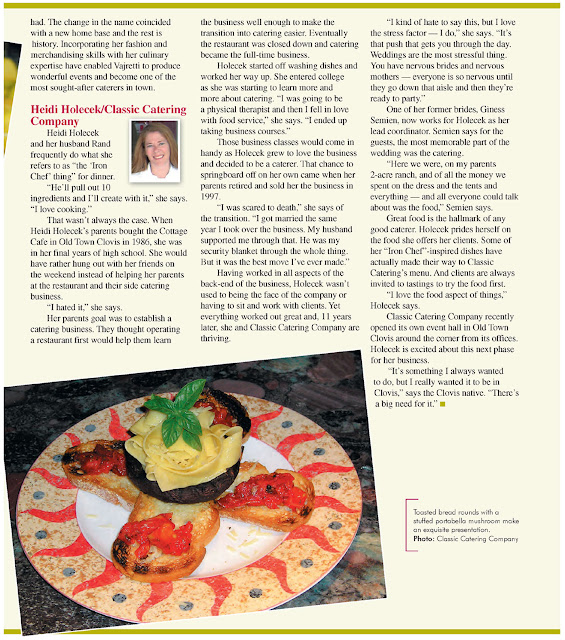 I wrote this, too? What do I know about skiing or winter sport accessories? NOTHING! Hmm. 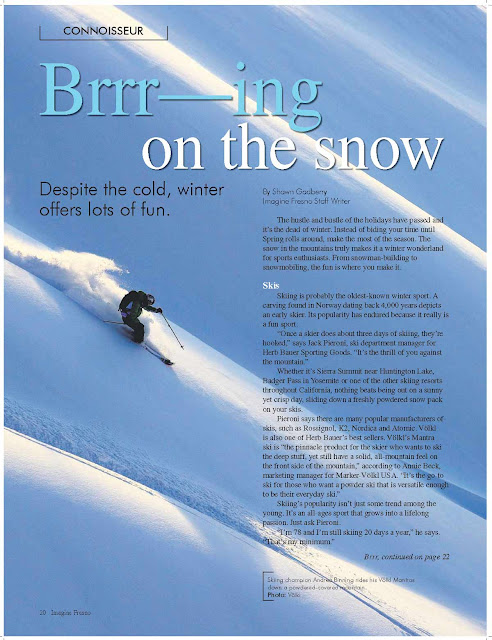 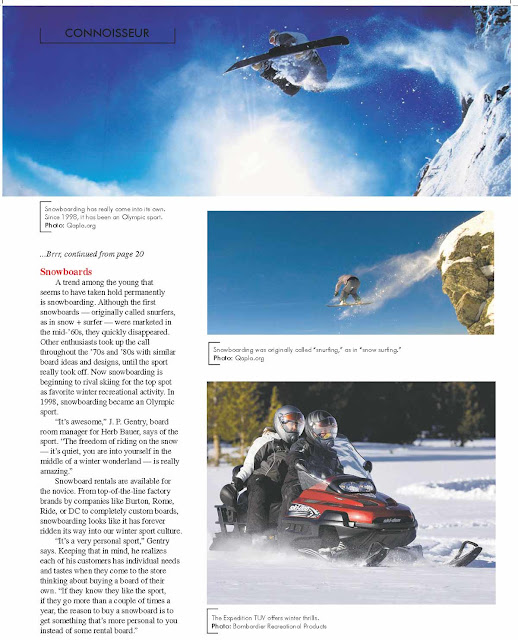 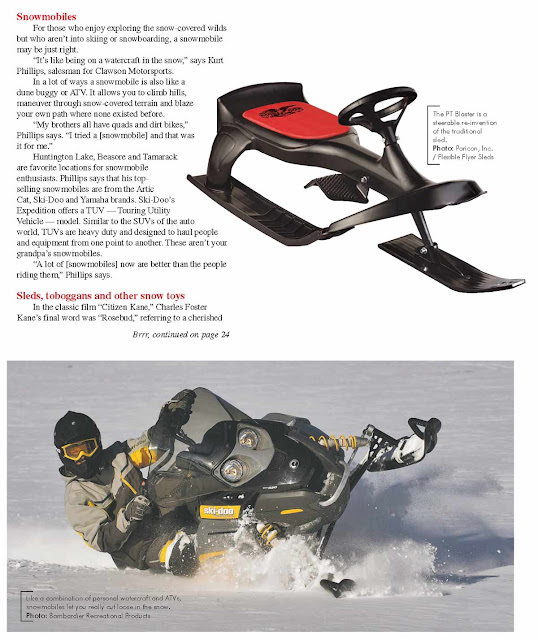 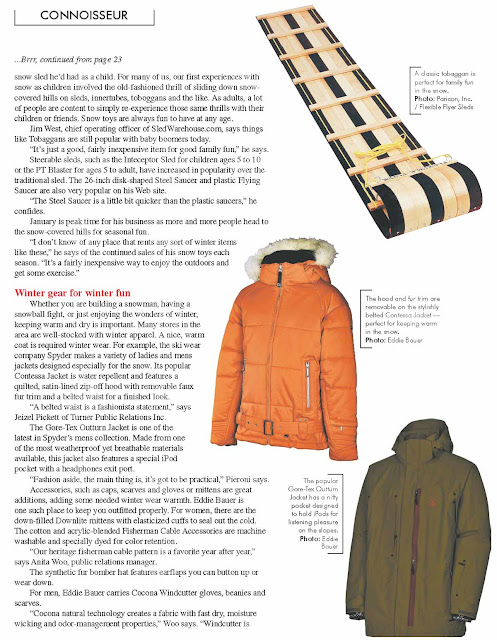 Yes, i am sure I write this too (It has my name in the byline), but again...no memory of it. 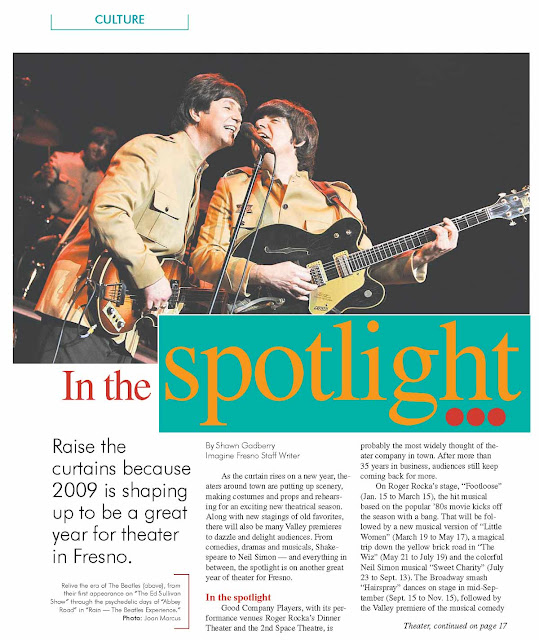 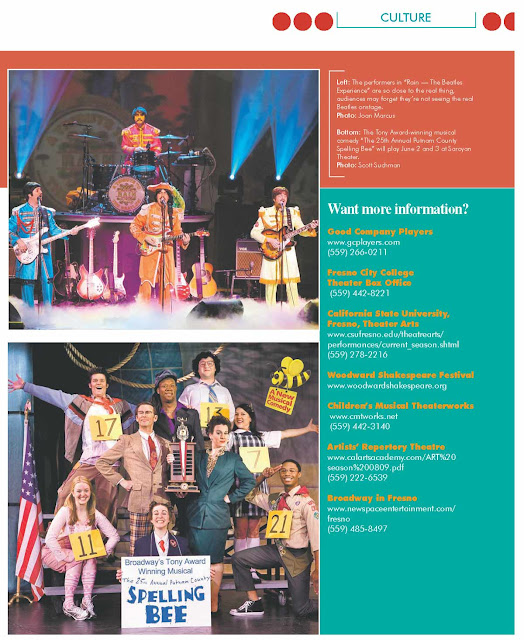 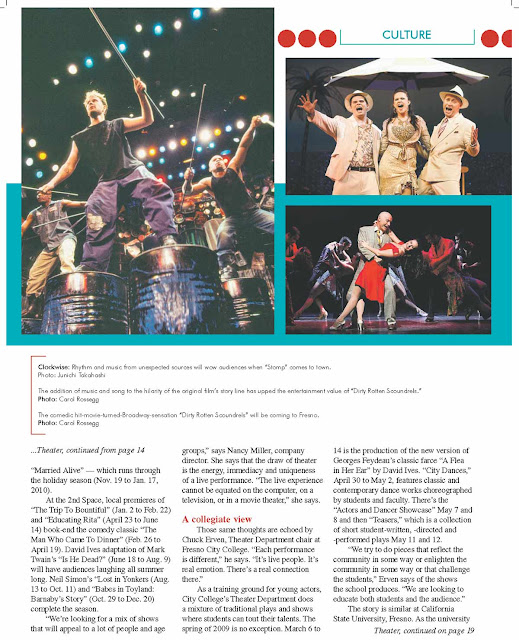 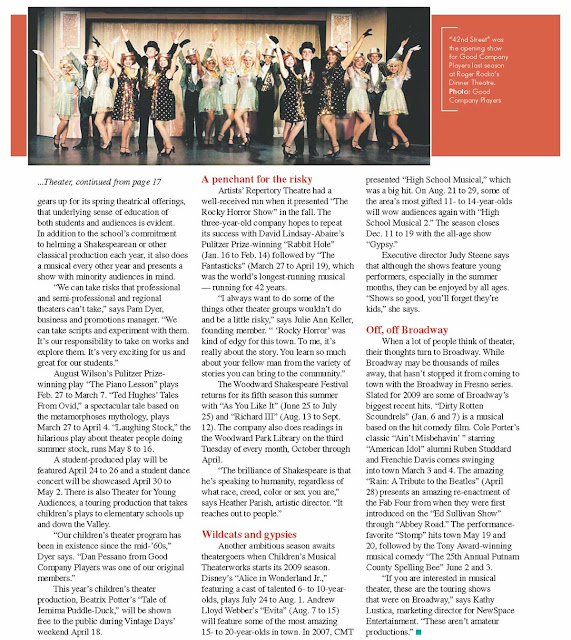 This last one I DO remember doing partially, only because the part about pet funerals and cremation was on my mind, as the old Boo hound, my best friend in the world, was getting so old and I knew he wouldn't last much longer. The man I spoke to about the "viewing" before cremation made it sound so nice. But when I set up the viewing for Boo months later, it was a horrible nightmare that I wish I had NEVER had to go through. 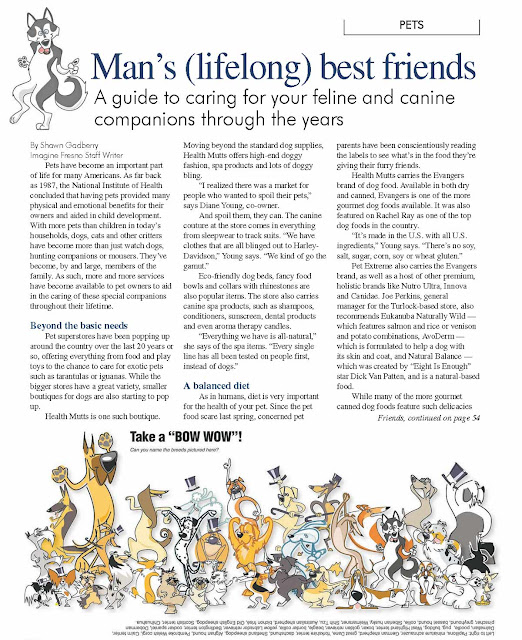 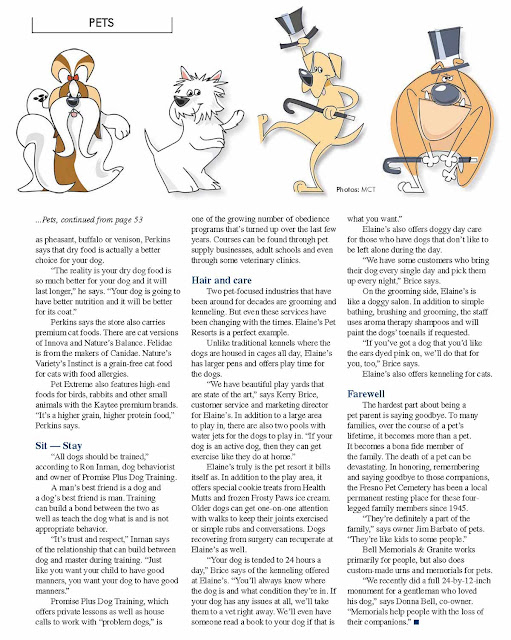 That's it for this time. There are more articles out there somewhere. Thanks for looking.

Popular posts from this blog

November 06, 2019
A little more than 10 years ago, I was working for The Fresno Bee. I was in the South Valley doing research and interviews for stories.I was driving around the town of Tulare and I spotted this little old-fashioned looking hamburger joint. I was sure it was a dive, but it was too cute to pass up. Wimpy's? That's what the sign said. Named after the famous hamburger-obsessed character with the catch phrase "I'll gladly pay you Tuesday for a hamburger today," from the old POPEYE cartoons, no doubt. I was charmed by the little place and thought about doing an article on it, but I didn't think I ever did.


This past October, while on my way home from Los Angeles, I remembered the little hamburger stand and my idea to do an article about it. It may no longer make The Fresno Bee, but at least I could do a quick blog post about the place. Right?

I went inside. The place was nothing fancy and it was small. Still, I was there. Why not do this blog thing right and check…
Post a Comment
Read more


More than 70,000 people tested positive for the virus on Friday---just here in the USA. A report says 1 in every 150 Americans is infected. Don't believe the talk about the death rate going down. As more and more cases occur, the hospitals are filling up and the death rate is beginning to take off again. And the rift between the president and health experts continues to grow. The Trump Administration is now actively trying to discredit Dr. Anthony Fauci.

Things are getting so bad now, health experts are saying that these 6 states should close down again.

Despite the president wanting to reopen schools in the fall, internal documents in the CDC say reopening classrooms is the "highest risk" for spreading the virus. New Jersey is already questioning the wisdom of opening in the fal…
Post a Comment
Read more

July 24, 2020
There are now 4,038,748 cases of the coronavirus here in the USA. There have been 144,304 deaths. Florida and Texas have had record deaths and hospitalizations this past week. On Tuesday, the US had more the 1,000 deaths in a single day. We have surpassed the 4 million cases mark. And it is expected that we will have more than a million cases of the virus within two weeks. After more than six months since the first case in our country and more than 140,000 deaths, the White House now states it is trying to formulate a plan of action against the virus.

The president resumed his coronavirus briefings on Tuesday. It was his first since the disastrously embarrassing conference when he suggested ingesting disinfectants to combat the virus. The president conceded that things will probably get worse before they get better. He also said using a mask might be a good idea. (Change of heart? Sagging poll numbers, more likely...) Of course, during the briefing, he repeated more lies a…
Post a Comment
Read more

Monster A Go-Go
Cha Cha Cha, pussycats! Greetings from Groovy Land. Who am I? Just some dead beat ne'er do well with a movie poster addiction and a love for tiki bars. (Cocktails, anyone?) I also have a need to hit the road as often as possible. Can I afford any of my passions? Of course NOT! Ha! Dreadfully boring in real life--but then, who isn't? ( Oh my...) CHEERS!